The largest and most formidable of the big cats – a tiger. Adult Amur tigers reach a length of three and a half meters. A tiger weighs over three hundred pounds. But it is the largest animals. Southern, Bengal Tigers are much smaller. They weigh less than 225 pounds. It is considered the birthplace of the Tigers – South-East Asia, where they are more than 10 thousand years ago, settled to the north, reaching the edge of the Ussuri and Amur Region.
In addition to the Far East tigers lived all over India, in the islands of the Malay Archipelago and the islands of Sumatra, Java and Bali. But now, the Tigers have become very rare animals. In India, there are only 2,000. And until recently was over 20 thousand. Sumatra, Java and Bali island dark tiger disappeared altogether. Predatory hunting put this magnificent animal to the brink of extinction.
Hungry tiger ready to eat just about anything that meets on the way. Tiger menu is very diverse, there are deer, wild cattle, domestic cow, buffalo, monkeys, wild boars, bears, badgers, bobcats, wolves, crabs, fish, grasshoppers, termites, snakes, frogs, mice, grass and even the earth and bark . There were times when the Tigers attacked crocodiles, pythons and leopards. Tiger, if utterly starved can eat breakfast and their relatives.

There are also man-eating tiger. This happens very rarely, but if such a villain announced that entire neighborhoods are losing rest until he is killed.

At the zoo or a circus tiger seems very bright beast. But in the wild orange with black stripes hide very well his disguises. Tiger – a lone hunter. Even with a female he hunts is not more than a week, after which they diverge. Tiger – the eternal tramp. He, of course, marks its territory and warns with a loud roar that is his home, but not for long. A few weeks later he again went on pilgrimages. Tigers live about twenty years.

Most cats do not like water. But this does not apply to the tigers. They just love to swim. Especially the Bengal Tigers that live in the tropics.

Tiger loves to attack from the thick bush. He almost merges with it, thanks to the color. Crept very close, he throws himself on the victim rapid move and kills her, cutting into the throat or neck breaks paw. Attacking, he never growls. Beat tiger paw terrible and fatal. With one blow he kills a horse. Tigers come out to hunt at night, but sometimes starved, hunted and in the afternoon.

Cubs are born blind and helpless at all. But by 11 months they already own hunt. With their mother, they remain up to two years. So sometimes you can see at once three or four tigers in production.

About the tiger, there are many legends. One such legend of “The Phantom of the Jungle” – a white tiger. And in 1951 in India caught such a tiger. He was white with blue stripes.

Now the Tigers are taken under protection worldwide. Will he be able to save them from extinction, is not yet known. 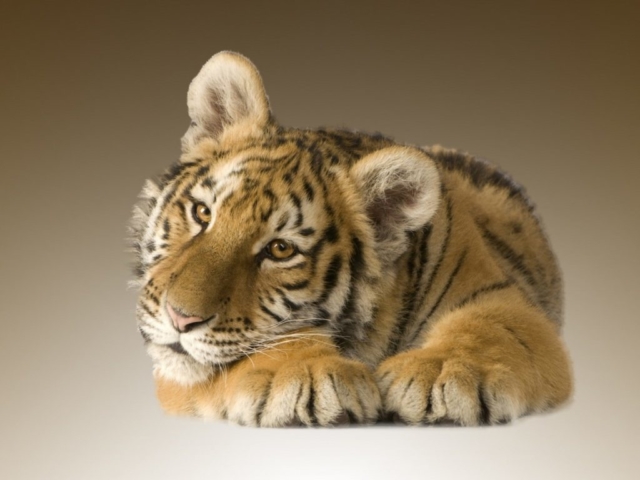 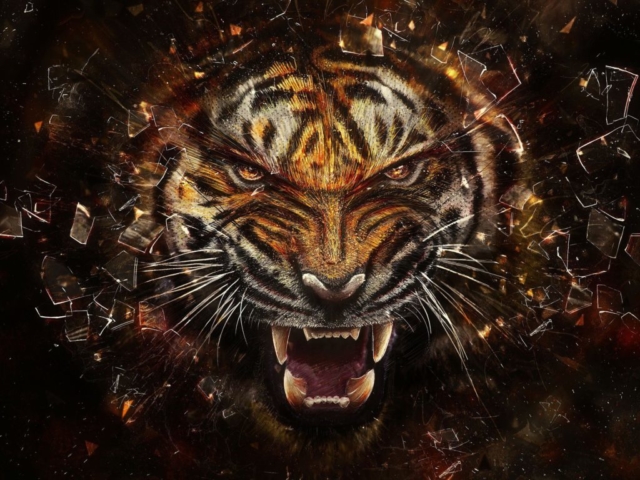 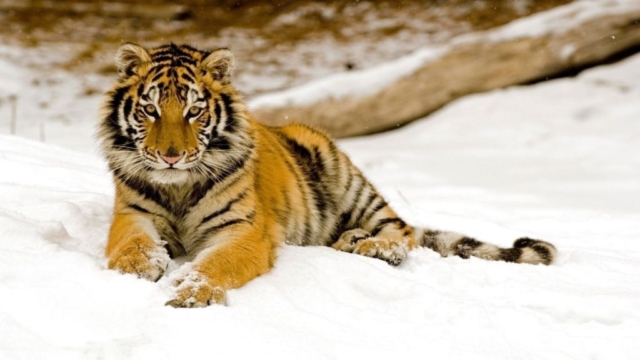 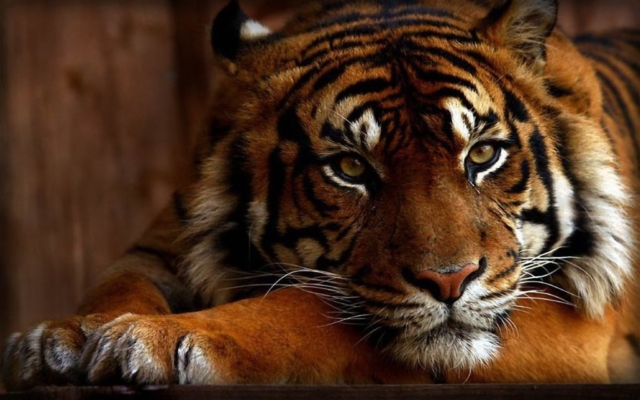 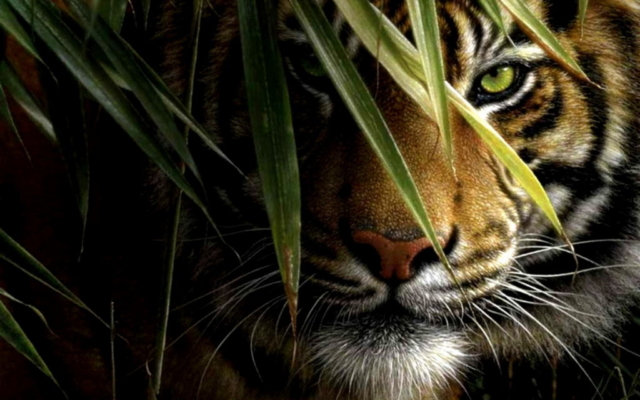 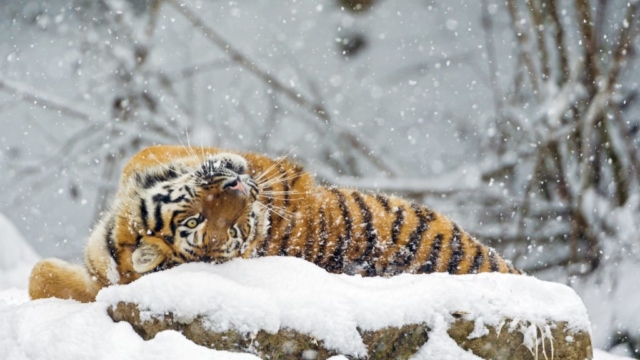 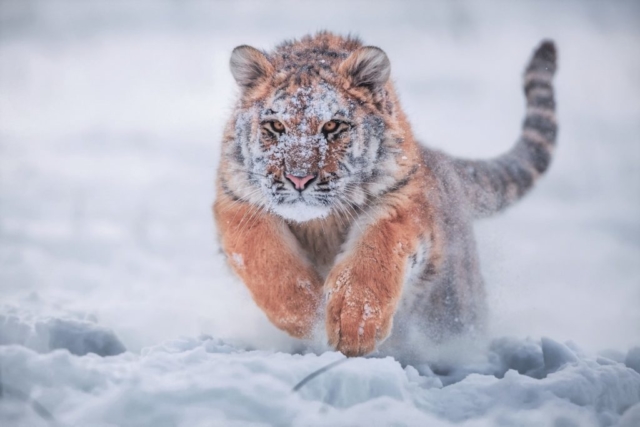 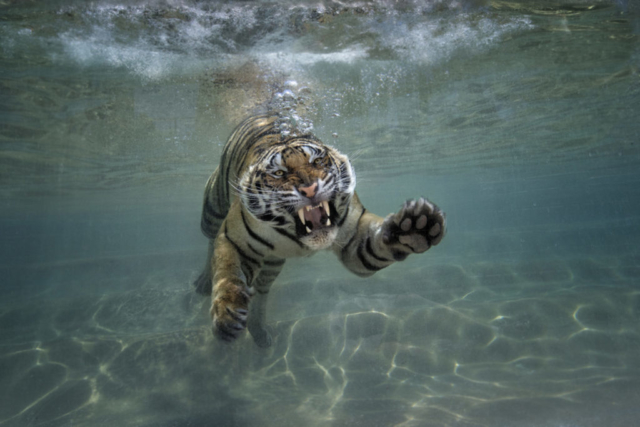 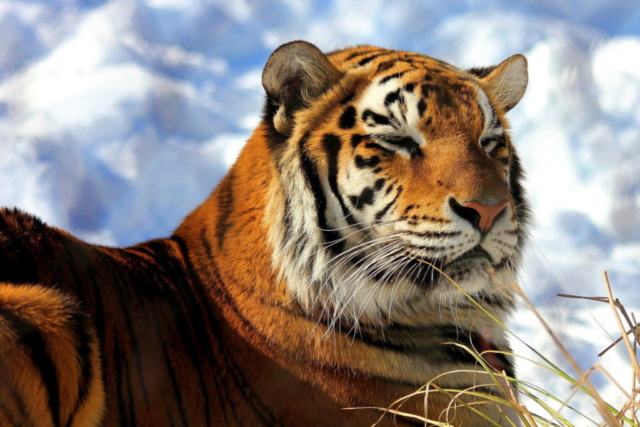 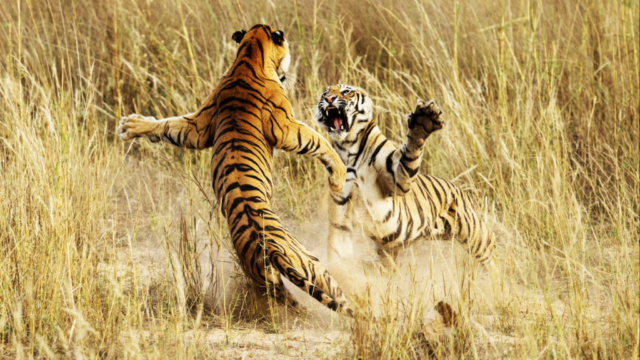 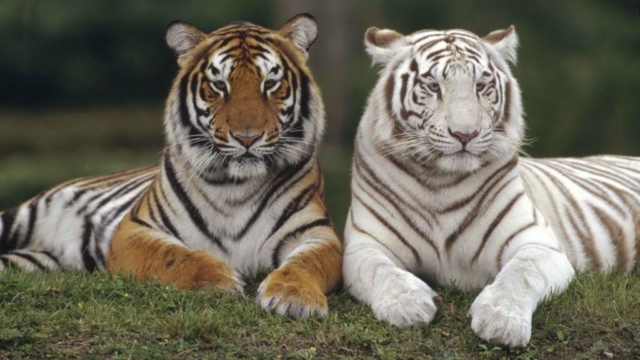 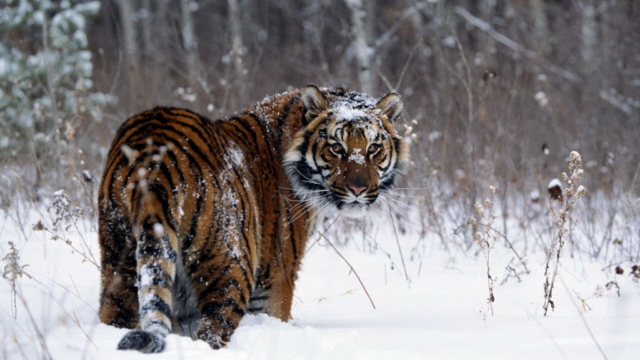 Leopard – the embodiment of flexibility, grace and stealth. Due to the yellow spotted skin of the animal perfectly merges with grass or tree branches. It’s very difficult to see. [See all]

Caracal also has amazing ears. They are black and, like a lynx, completed provocatively curved brushes. By the way, the word “Caracal” in Turkic means “chernouhy.” Because of the long [See all] 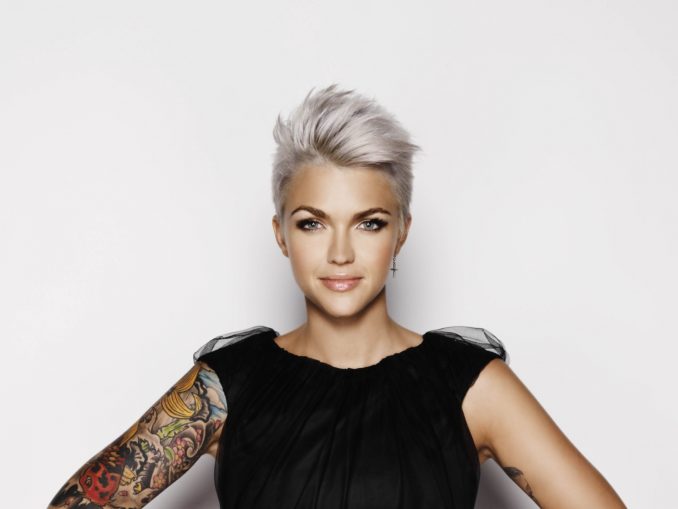 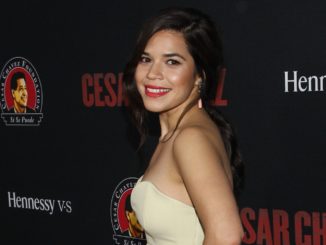 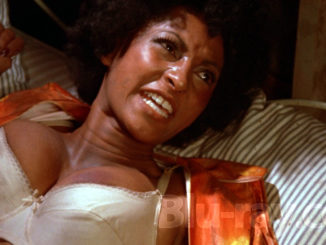