The city of Barcelona – the capital of the Spanish autonomous region of Catalonia, Spain’s largest seaport. The city is located on the Mediterranean coast in the north-eastern part of the country. Barcelona is the second largest city in Spain after Madrid in terms of population – according to official figures is home to more than 1.6 million people, but it is believed that the actual number of residents exceeds 2 million. In the cultural, economic and trade terms the city is one of the most important in Europe, is the largest agglomeration of Barcelona on the Mediterranean coast.
Catalan pearl

Proud beautiful Barcelona, beautiful in their elegant and bold features – the main symbol of the capital of Catalonia, a real jewel of tourism in Spain. Rich in history, magnificent sights, delicious cuisine and unique atmosphere make the journey to Barcelona vivid and memorable. City impregnated with the spirit of liberty, freedom and carelessness simply can not remain indifferent – having been here once, you want to return again and again. Again walk on Las Ramblas, a little Poglazov to clown around mimes, visit the ancient Boqueria market and buy something refreshingly useless to climb the statue of Columbus and enjoy the beautiful views of the harbor and the endless sea – but you never know there is a reason to re-visit this wonderful town!

The locals, it seems like in the famous adage “understand life” and will not hurry – because of the many cafes in the tables afternoon siesta hours here and there, good-natured laughter is heard or the sound of a hot Spanish dispute, the young guitarist hours improving their skills, sitting on the lawn in the park of the Citadel and far away from him dozing with a book young katalonka. Strange, but Barcelona is one of the busiest cities in the country, it is most characteristic features of the major European capitals. This is perhaps the most industrial city in Spain, playing a major role in the industrial and economic spheres entire Mediterranean region.

The city of Barcelona is located on a small plateau at the mouth of the river Llobregat, and covers an area of 101 km2. The unusual landscape of the city form a few large hills, and the highest point of the Catalan capital is Mount Tibidabo – here at an altitude of 512 meters is a beautiful temple of the Sacred Heart and the famous amusement park.

From an administrative point of view, Barcelona is divided into 10 large districts, the most popular among tourists are the Old Town, Montju?c, Eixample and Gracia. At the heart of the city, no doubt, can be called Pla?a Catalunya – it is here that there are old and new areas of Barcelona. From this beautiful area originates the famous Las Ramblas, dissecting the Old Town in half, and going straight to the coast, the old port and Barceloneta quarter.

To the north of Plaza Catalunya Eixample is – a modern area, built on an interesting pattern (all the streets are crossed at right angles). In this area, by the way, it is one of the main attractions of Barcelona – a wonderful Sagrada Familia, sponsored by the famous Catalan architect Antonio Gaudi. In the upper part of the city, a little further the Eixample district, the famous Park Guell – another creation of this great architect. Many attractions related to the name of Antonio Gaudi, are also in the neighborhood of Gracia.

It is worth noting that Barcelona is part of the, shall we say, “other Spain”. The Catalans are very value their autonomy and independence – for example, the official language along with Spanish here is Catalan, and many people believe it is his principal. Very often on the balcony you can see the Catalan flag. By the way, a traditional Spanish entertainment, like bullfights, do not welcome the Catalans and even officially banned here since 2010.

The climate is described as Mediterranean in Barcelona is quite mild in winter and warm in summer. Weather in the capital of Catalonia creates the most favorable conditions for leisure– in the summer months there is sizzling hot and dry enough, but fall and spring are wet.

The main attractions of Barcelona

Barcelona is not in vain considered to be the cultural capital of Spain – here, for example, we lived and worked such great personalities like Picasso, Antoni Gaudi and Salvador Dali. A variety of styles, eras and genres are mixed here in a magical cocktail is amazing. The number of attractions in Barcelona so great to see all that in the short term is just not possible.

Las Ramblas
This is the famous pedestrian street in Barcelona, which stretches for 1.2 kilometers from Plaza Catalunya to the beach, where rests on the monument to Columbus. The well-known English writer Somerset Maugham, the Rambla is the most beautiful streets in the world. This is one of the most colorful and lively places in the city – the crowds of tourists, street vendors and mimes, cleverly disguised as statues, creating an indescribable atmosphere. The Rambla is old Boqueria Market, whose name translates as The Abyss – go past this place is simply impossible, bright counters and beckon to him.

By the way, La Rambla Barcelona tied a beautiful sign. At the beginning of the street, at Placa Catalunya, a small drinking fountain called Kanaletas – a sign states that anyone who quenches thirst here, be sure to come back to Barcelona again.

Gothic Quarter
On the left side of Las Ramblas is the heart of the old city – the Gothic Quarter. There, in a maze of medieval alleys, among the chaotic narrow streets of Barcelona’s history of origin is kept from Roman times. In this area are concentrated many old churches and buildings, such as the Gothic Cathedral, the church of Santa Maria del Mar, the remains of houses and buildings of the Roman era, and more.

Barcelona Gaudi
Much of Barcelona due to the name of an outstanding architect Antonio Gaudi – without him we would not know of the exciting city what is now the capital of Catalonia. Gaudi lived all his life in Barcelona and his enormous talent, all his strength lay at the feet of the beloved city. These creations of the architect as La Pedrera and Batllo, Guell Palace, Park Guell and of course the famous Sagrada Familia are the major attractions in Barcelona and in many respects form its unique shape.

Montjuic
Montjuic, which means “Jewish Mountain”, is a favorite place for walking tourists and residents. It focused a large number of interesting sights, so the inspection of the area can safely allocate a whole day. For a long time the hill was a strategic defensive point, as evidenced by the old fortress on top of it. On the eve of the World Exhibition of 1929 was significantly changed the look of the Plaza de Espana, and built the National Palace and the famous singing fountain, also known as Magic. Besides all this, we focus on the hill many interesting sports facilities built for the Olympic Games in Barcelona in 1992. 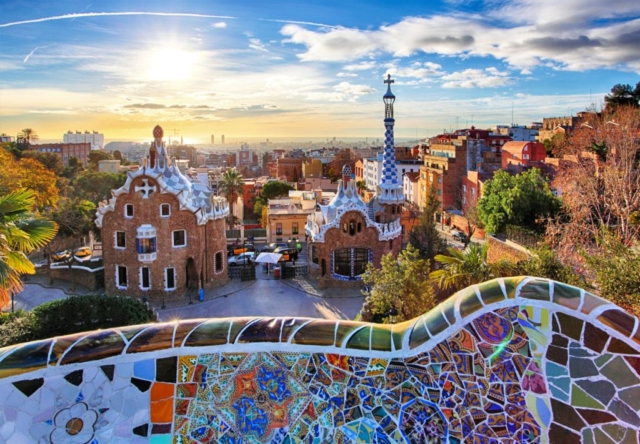 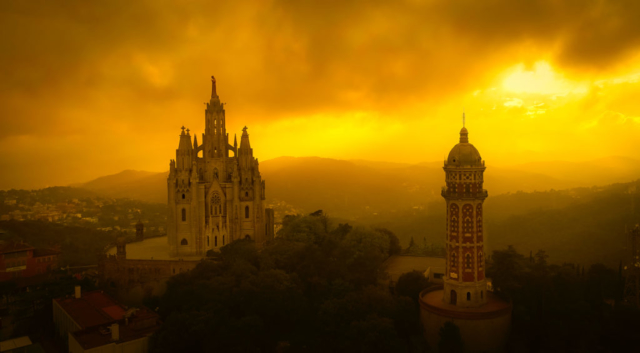 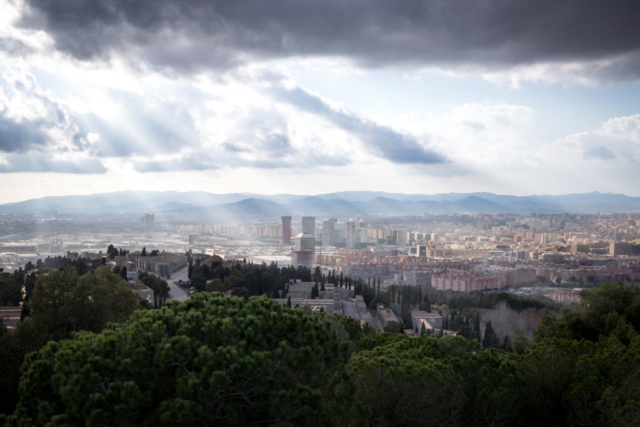 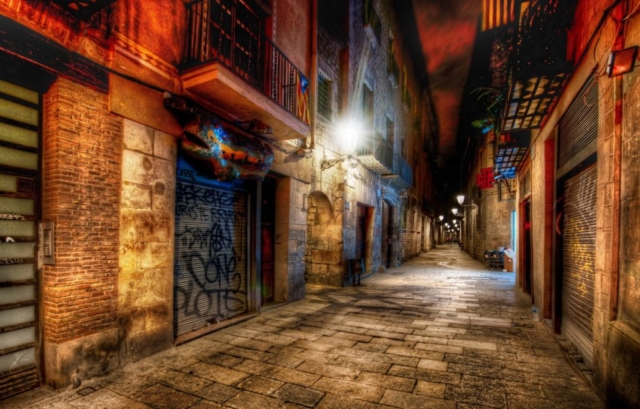 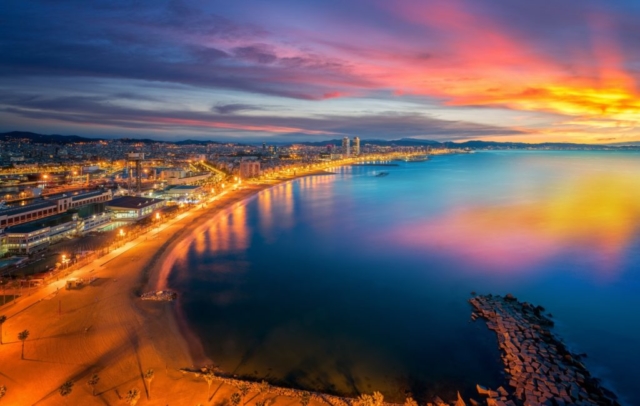 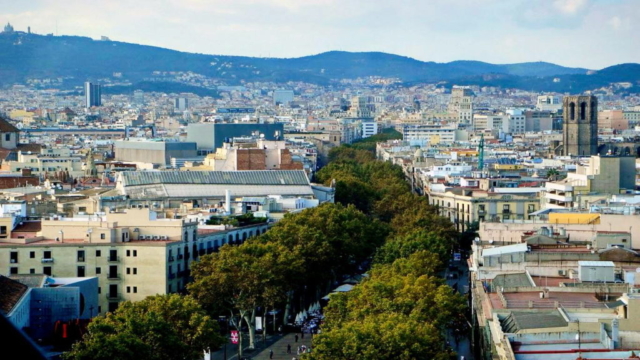 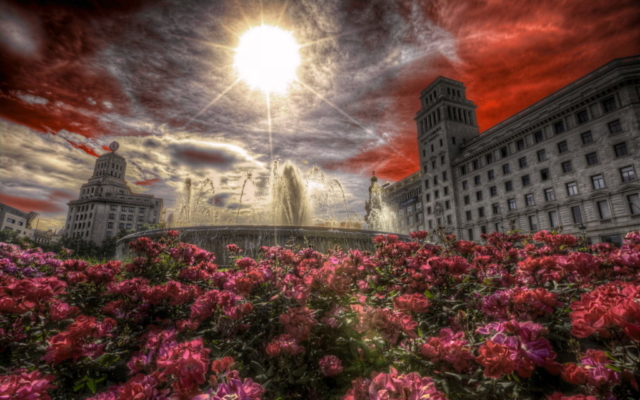 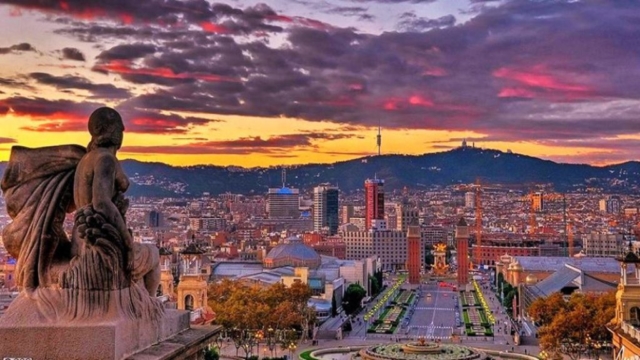 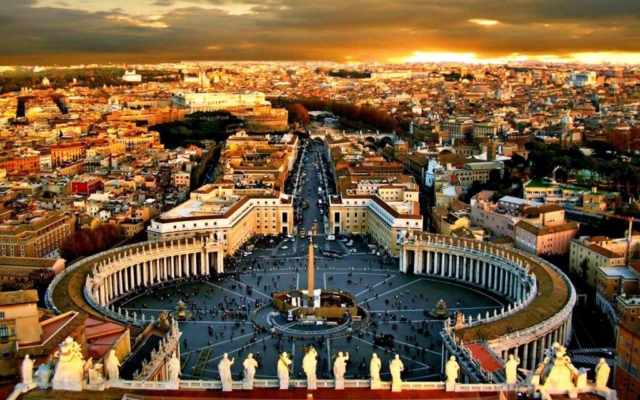 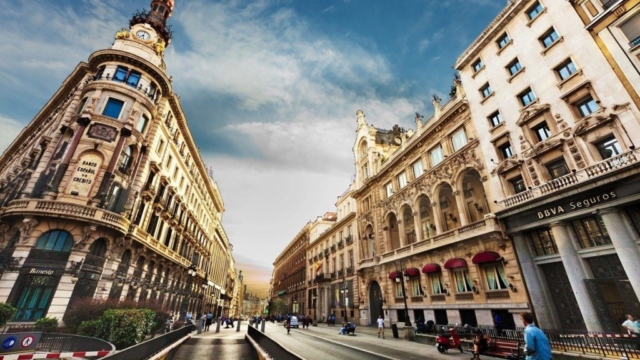 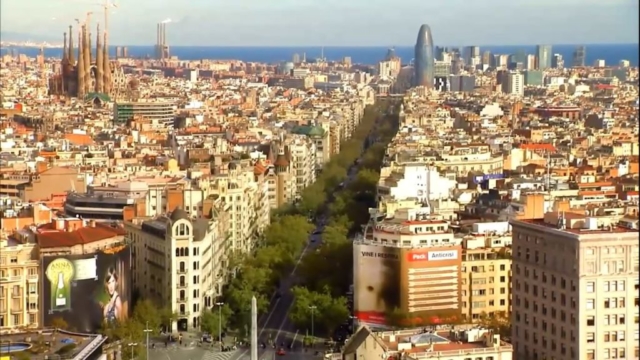 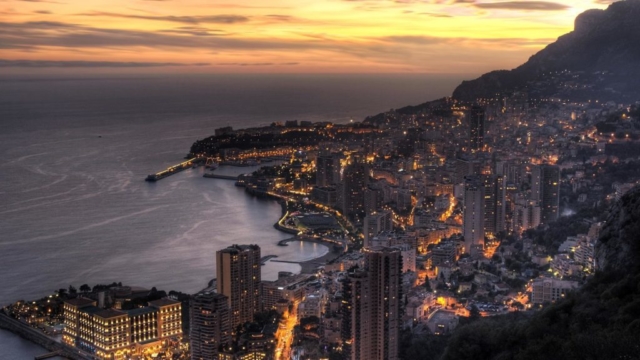 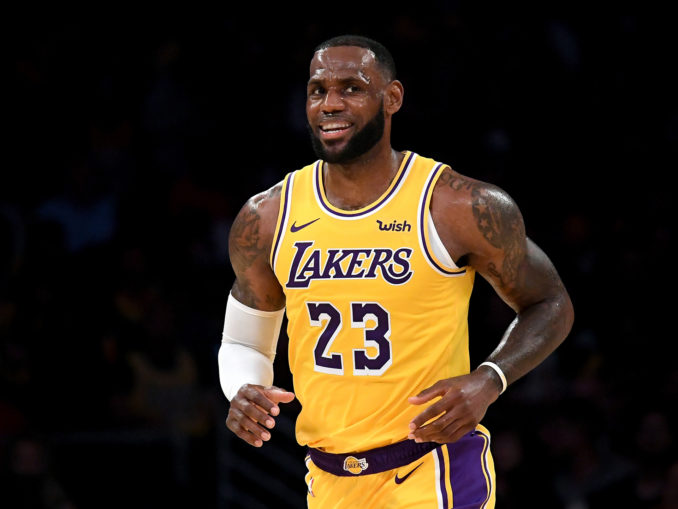 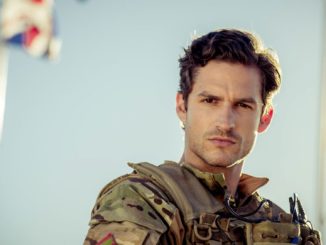